The 2nd Edition of the Miami River Art Fair will take place December 5 – 8, 2013 in the Downtown-Brickell Miami Convention Center and will welcome thousands of art professionals, elite art collectors and art lovers from all over the world.
The Miami River Art Fair 2013 will offer 40,000 square feet of both indoor and outdoor exhibition space with world-class artists and galleries in an indoor booth setting at the Riverfront Hall – inside the James L. Knight International Center. This indoor exhibition space overlooks the one-of-a-kind outdoor Riverwalk Sculpture Mall which will feature monumental sculptures alongside luxury yachts docked on the banks of the historic Miami River.

The MRAF 2013 will also feature the Riverfront Hall Terrace and the Riverfront Mural Hall. The Miami River Art Fair will present a diverse range of curatorial concepts, with more than fifty cutting-edge Special Projects, Curated Group and Solo Exhibitions by renowned figures and emerging artists from around the world.

The full list of artists participating at the Miami River Art Fair 2013 is available at www.MiamiRiverArtFair.com

NOTES TO EDITORS
Mayor Tomás Regalado, on behalf of The City of Miami, has officially endorsed the Miami River Art Fair as “a pioneer in the revitalization of the Lower Miami River district, the city’s waterfront destination of the twenty first century.”
In partnership with the City of Miami and the Miami River Commission, the Miami River Art Fair 2013 will foster the renaissance of the Downtown Miami-Brickell area by creating a landmark cultural event, and bringing a boom of tourism during a time in which Miami is at the very center of the world art scene.
About the MRAF’s Director and Founder Nina Torres: she also is currently Director and Chief Curator at Nina Torres Fine Art MIAMI. For over 20 years, Nina Torres has been actively participating in the international art market, specializing in Modern and Contemporary Latin American Art. Nina has curated and overseen over 200 exhibitions at international museums, galleries and biennials, including the “Europalia Biennial of Art -Brussels, Belgium” 1993, and the “XII Festival Del Centro Historico Ciudad de Mexico” 1995-1996.

2013-11-12
Previous Post: BAMBOOM – Longboard painted custom by Willow
Next Post: Linee
This error message is only visible to WordPress admins

Please go to the Instagram Feed settings page to create a feed. 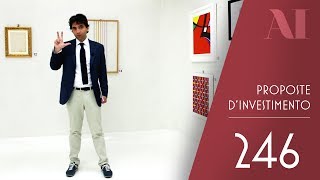